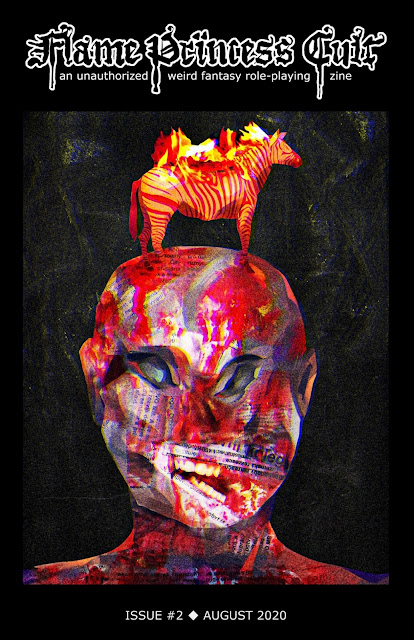 I submitted a table I made to Jeff Rients for his awesome Flame Princess Cult Zine. I have already used it in several ways during games and have enjoyed it as a lethal NPC tool. The idea for the table originally came to me in a blackmarsh blueholme campaign ran by Ignacio Bergkamp, where I created a female elf who seduced noblemen and women with magic and took there money. I hope your d&d carousing is filled with as much infidelity and vengeance as mine 3:)
https://drive.google.com/file/d/1b3ITMhNmBCYnxRioyzDxcu3lCU5wf0fa/view
P.S. Issue 1 and 3 are up as well.
Posted by Andrew Knapp at 10:15 AM